After their performance at the Brit Awards last week, those Take That boys Gary Barlow, Jason Orange, Howard Donald and Mark Owen wrapped up warm to film the video for their forthcoming single "The Garden" in the Maritime Museum's grounds in Greenwich. Gary took time out from his Kilimanjaro training schedule to join his band mates for the shoot, and it's good to hear that his recent back injury hasn't affected him too badly, as he said: "We have all been training for about six months and it’s been going really great for me — then in January I had a bad injury in my back. But don’t worry, it’s healing fast and I’m going to be leading the pack." Along with fellow celebrities like Fearne Cotton, Cheryl Cole, Chris Moyles and Alesha Dixon, Gary will leave on Friday for the climb for Comic Relief. Good luck guys! 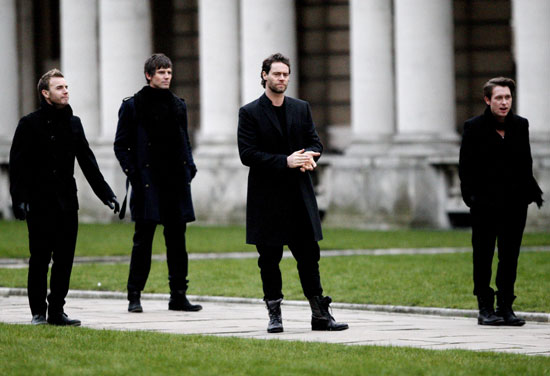