Take That's Mark Owen, Jason Orange and Gary Barlow continued to party for Mark's stag do, enjoying dinner together last night before heading to a club in New York City. The boys met up with Robbie Williams earlier in the week and were spotted leaving a recording studio, leading to speculation that they were working on material together. However, the band’s spokesperson, Richard Dawes, said the studio wasn't booked for a recording session, explaining: "They were there approving mixes for a live album that’s due out at the end of November". 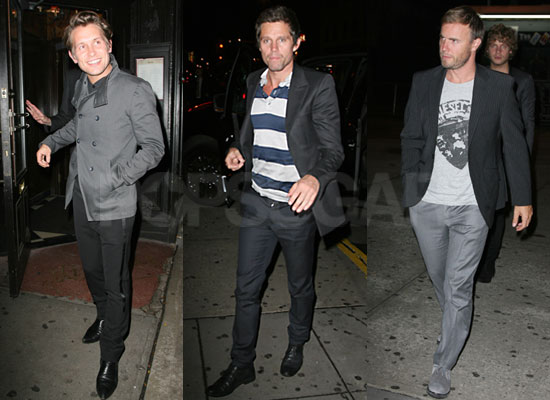