British actress Talulah Riley has been making waves in St Trinian's and The Boat That Rocked and filming Inception alongside Leonardo DiCaprio, but she found time for a gorgeous lingerie shoot for Esquire's March issue. Like Rachel Weisz, Talulah is featured in the magazine's "Women We Love" section, and as well as posing for pictures the actress chatted about her love of physics, her fiancé, and the type of man she loves. Here are the highlights: 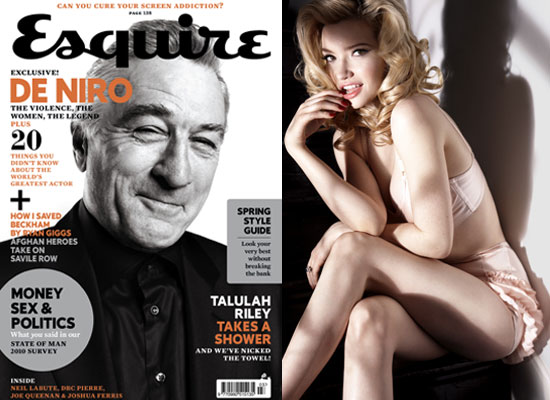 To see what Talulah said about the kind of man she likes, just read more.

The full feature appears in the March issue of Esquire, on sale Thursday 4 Feb.