Sienna Miller was out in London last night with friends, spending a fun night at the Groucho club. Despite her big smile, it seems the men of the UK just don't find her as sexy as they once did. In FHM's annual Sexiest Women poll, Sienna has apparently come in at number 202, behind the Queen! Last year she was at number 70, and in 2007 she came in at number 45. What do you think of her steady decline in these polls — do you think it's because she's in the public eye less these days, or because of reports about her personal life? Still, I'm sure she pays no heed to these kinds of polls, and with a stint on Broadway coming up she has plenty of other things to think about right now. 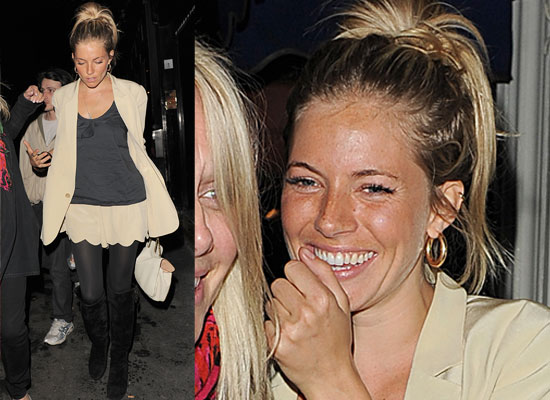