Taylor Lautner stripped off his leather jacket to reveal those muscles he worked so hard at as he went through security at LAX Airport, and was then mobbed by fans as he arrived at JFK Airport in New York City yesterday. He's been hanging out with Taylor Swift in public while reshooting scenes for Valentine's Day, but he's also been making some secret visits to his possible girlfriend, as he was spotted backstage visiting Swift as she performed at the Jingle Ball in Los Angeles on Saturday night. His New Moon buddy Robert Pattinson was also hanging out in LA over the weekend, while their film continues to top the box office. 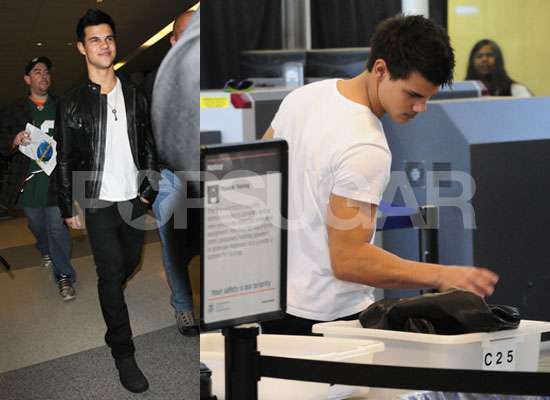 To see more pictures of Taylor on his journey from coast to coast, read more.