After spending the day together filming reshoots for Valentine's Day, Taylor Swift and Taylor Lautner headed to Benihana for dinner and then grabbed a sweet treat at Menichies in LA. Following their last date, the possible couple have spent a lot of time apart, what with his New Moon promotional tour and her concerts in the UK, so they must have been thrilled to congratulate each other on box office success and Grammy nominations. Swift has also been making waves online in a video of her frolicking in a bikini, while Lautner's looking to the future with a possible new film role as a teen superhero and Breaking Dawn contract negotiations. 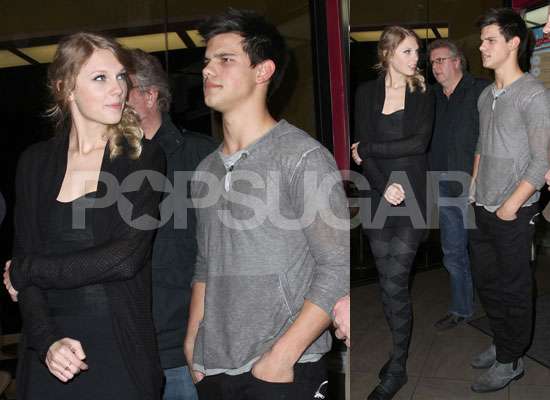