Taylor Lautner left Endeavor Agency office in Beverly Hills yesterday, as several rumours do the rounds about his future film roles. Following news that Taylor will star in a remake of Max Steel comes rumours that he could be involved in a remake of Vision Quest. The original 1985 drama was about a high school wrestling star who falls for an artist. The studio behind the Twilight saga, Summit Entertainment, has also reportedly signed up Taylor to star in Cancun, which Taylor's dad is producing. Shooting is due to start in June and we'll no doubt see Taylor shirtless once more as the film is set during Spring Break. His martial arts skills could come in handy too, as he tries to save his kidnapped friends. Are you keen to see Taylor in new roles? 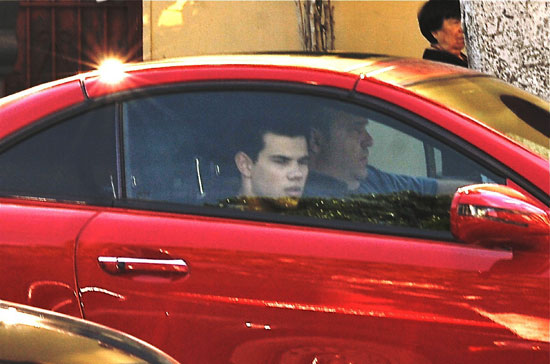