Taylor Lautner headed to see basketball team the LA Lakers play yesterday at the Staples Center, looking casual and relaxed in his black leather jacket and jeans. He got rather animated as the game unfolded, leading to a few amusing shots as he had some downtime before his new movie Valentine's Day is released. Just as animated were Vanessa Hudgens and her man Zac Efron, who also attended the game. Zac's signed up for two big new projects recently, including an adaptation of Brian Bendis' graphic novel Fire. Exciting! 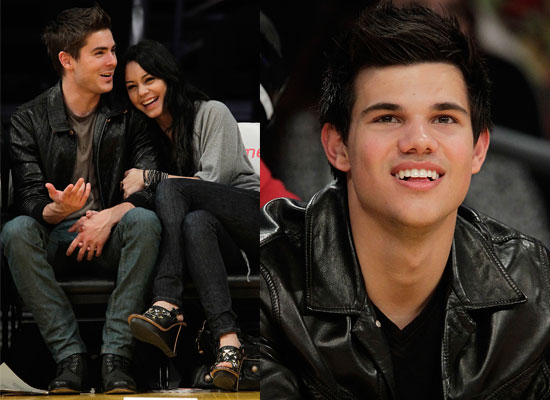