Taylor Swift was out with friends in Beverly Hills yesterday grabbing a cup of coffee in the sunshine. She's in the city as part of her Fearless tour, on which she's being supported by Kellie Pickler and Gloriana — and last night she was joined onstage at the Staples Center in LA by Katy Perry for a performance of "Hot and Cold"! Check it out under the cut. Taylor has an exciting weekend to look forward to as well, as the ACM Awards are held on Sunday in Las Vegas and she's nominated for five awards — good luck Taylor! 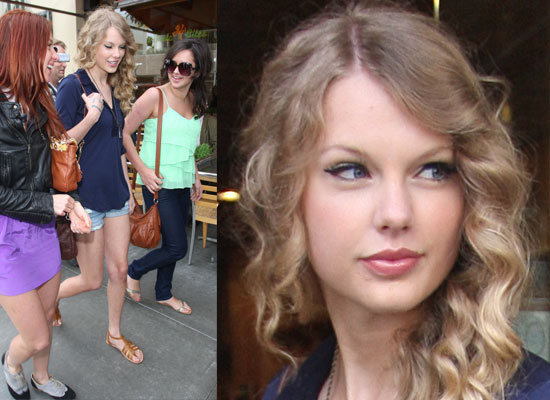 Celebrity Style
While Katy Perry's Inauguration Performance Wasn't Exactly Subtle, Her Sleek Outfit Certainly Was
by Kelsey Garcia 4 days ago
Celebrity Style
Taylor Swift and Joe Alwyn's London Stroll Is Made All the Sweeter by Their Matching Boots
by Karenna Meredith 1 week ago