Vernon Kay and Tess Daly have made their first public appearance together since the revelation three weeks ago that Vernon sent explicit texts to five women. The couple smiled and showed a united front as they presented on stage at the Prince's Trust Celebrate Success Awards at the Odeon Leicester Square last night. Vernon reportedly said to the audience: "It is such a treat to have an afternoon out, especially in such esteemed company" as he looked at his wife. A week ago Tess allegedly told a friend that she had forgiven Vernon and they are in talks with the BBC to host a new TV series together, while the glamour model at the centre of the scandal, Rhian Sugden, revealed all the details of her relationship with Vernon. 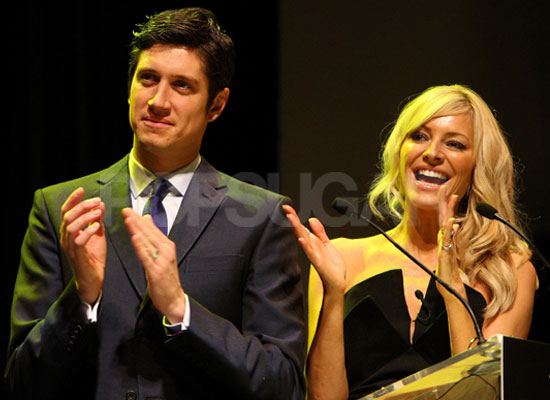