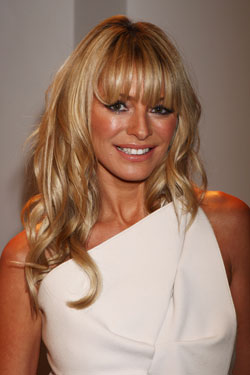 "The past few weeks have been tough, but we’re working through it. I’ve been really touched by the support from the public and it feels great being back at work."

"Our parents were married for life so that’s the attitude I’ve gone into marriage with. That’s what I expect. There was no divorce in my family."

She is expected to return to her promotional appointments next week, appearing on The One Show and This Morning to promote her book The Baby Diaries.