Helena Christensen is looking stunning on the front cover of the new issue of Elle magazine, and her accompanying interview is just as revealing as the photoshoot. She spoke exclusively to the magazine about her photography, the beauty of the female body, the "Supermodels", and Kate Moss. Here are some excerpts: 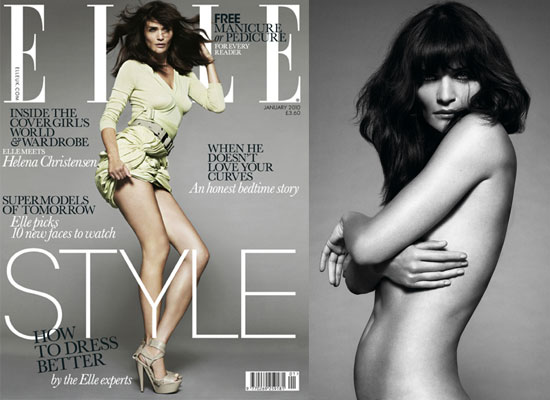 To read more from Helena about style and the "supermodels", just read more.

The full interview and shoot appears in the January issue of British Elle magazine, on sale Wednesday 2nd December