Robert Pattinson's gorgeous face was covered in cuts and bruises as he shot a scene for his new movie Remember Me, which is currently filming in New York City. Robert filmed a scene alongside his costar Emilie De Ravin, who you may remember from Lost where she played Claire — they're probably happy to be inside after being mobbed earlier this week! Robert's character is called Tyler Roth, and the movie's set for a 12 February 2010 release date, but thank goodness that while we wait we have plenty of pictures to tide us over! 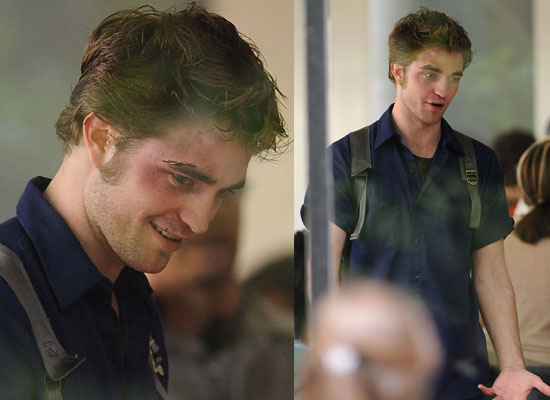