Robert Pattinson was doing a little weekend work on the set of Remember Me yesterday. Looking casual in his cap, t-shirt and well-worn jeans, Rob made some faces as he made his way past photographers after he left his trailer. Also filming with him in New York is Pierce Brosnan, who's playing the Brit hunk's Dad, Emilie De Ravin, and Lena Olin, although Rob appeared to be the only one putting in some weekend hours outside! 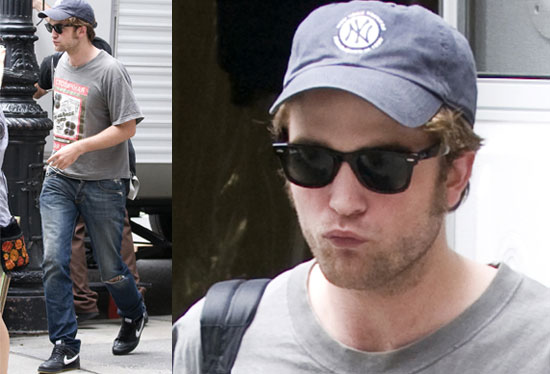