Robert Pattinson finished up his short Remember Me promotional visit to the US with another day in New York City at a press junket and later making an appearance on The Daily Show, where he poked his tongue out and smiled at fans. On Monday we saw him doing more TV promo and attending the premiere alongside Kristen Stewart, who caught a flight out of New York yesterday. Robert also headed to JFK late last night to return to London where he's shooting Bel Ami. We'll be glad to have him back in the UK! 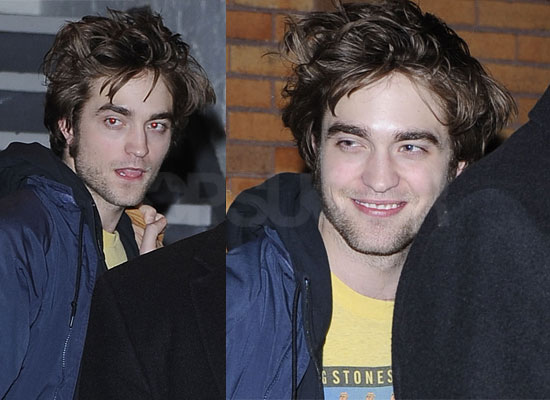 To see more photos of Robert out and about in New York yesterday, just read more.