Victoria Beckham posed in lingerie for Harper's Bazaar's special double cover December issue. While she was showing off her more relaxed curls at a basketball match with the family at the weekend, Victoria wears her hair in a tight top knot hairstyle for the 16 page spread by Alexi Lubomirski. FabUK has the lowdown on what Victoria said about her customers and her nerves and I've got extracts from her interview about her solo career, her future, Emma Watson, her exercise regime and the importance of positive thinking. Here are the highlights: 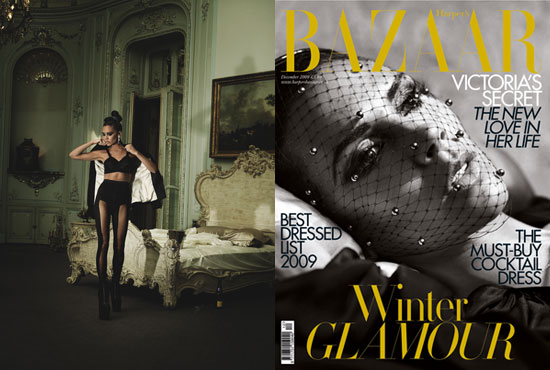 To read what other designers had to say about Victoria, just read more.

Great praise indeed! You can read the full interview in the December issue of Harper's Bazaar, on sale Thursday 5 November.