David and Victoria Beckham continued celebrating David's deal with a romantic dinner in Milan yesterday. Victoria wore another headline-grabbing dress, after her chaffeur style caught the eye of Pete Doherty. He is so impressed he is apparently basing his new image on her, saying: "I think Victoria looks very sharp. She’s a very stylish lady and I really like her military hats. I mean that." Meanwhile, David is busy proving his commitment to developing "soccer" in the States by saying: "I have an option to own a franchise as soon as I finish playing and I will start that immediately. It is something I'm really excited about." Becks' international future looks bright too, with the FA confirming that England manager Fabio Capello will not make any special exemption following LA Galaxy coach Bruce Arena's request for David not to be picked for the England friendly against Holland in August. David's in demand as ever. 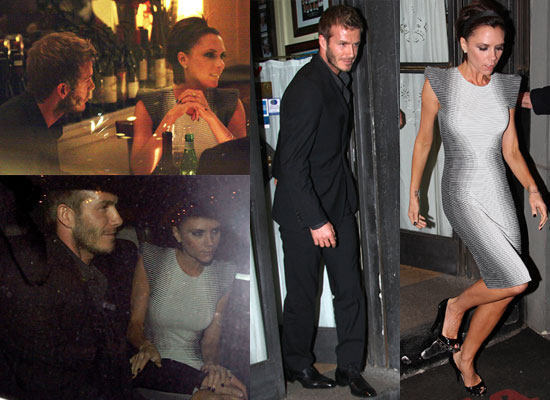 We've got more pictures of David and Victoria, so just read more.