David Beckham looked adorable as he hobbled around New York City yesterday, making various TV appearances. Victoria joined him on the East Coast and shopped at DvF and Whole Foods as well as sitting in the audience of The View. She spoke up during the questions about more children following rumours of baby making, saying they'd love to be blessed with another child but she isn't pregnant at the moment. David also denied reports that the family are planning on moving back to the UK. He chatted about his sons and football on Good Morning America, dressed in a smart suit after wearing casual clothes as he signed autographs for fans outside the TV studios. Watch both interviews after the jump! 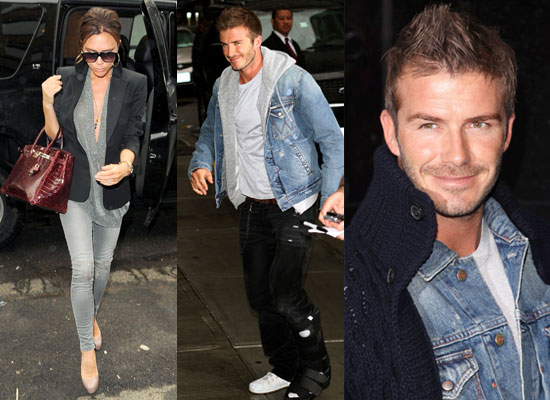 David on The View