After watching David earn his 109th cap at the weekend, Victoria Beckham and the boys cheered on Becks and the England team to a 2-1 victory over Ukraine in their World Cup Qualifier at Wembley Stadium last night. Victoria swapped her flip flops and baggy jeans for heels and an all-black outfit, while David treated us to his torso as he got shirtless on the pitch at the end of the match. Not only is Becks now one step closer to his 2010 World Cup dream, he's also been named the richest footballer in the world, with total earnings from his salary, bonuses and sponsorship deals of nearly £30million. Wowzers. 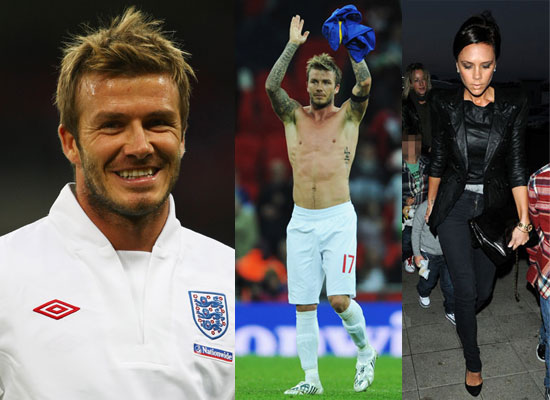 To see loads more pics of Victoria plus David on the pitch and training, just read more.