After spending the weekend in the football stands and restaurants of Milan, Victoria Beckham was back on British soil yesterday as she arrived at Heathrow Airport. We know that Victoria isn't afraid to carry the same bag twice and she's shown she's not too posh to recycle old outfits either, as she wore this gorgeous coat dress during her Thanksgiving trip to New York last year. She even accessorised with similar Louboutins. Perhaps Victoria's keen to erase the perception that she goes shopping every day, which she spoke about in a recent interview, but she couldn't resist the addition of a matching Birkin bag to bring a fresh pop to the outfit. 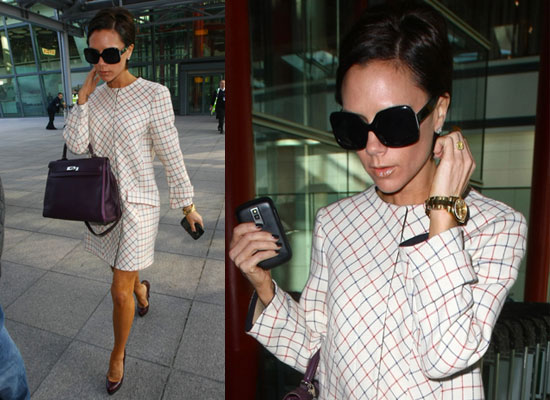