Victoria Beckham went for a silver theme with her cute shoes and D&G bag as she left LAX for London yesterday. As David wants to stay in Milan the couple may spend more time on our shores in the future, so it's just as well they've got Beckingham Palace in order. Ricky Gervais would be certainly be pleased to see Posh back in Britain, as he's written an open letter to Barack Obama on his blog, asking to exchange the ever-present-in-Britain Paris Hilton (who has bought a house near him in London) for Victoria! A judging role on The X Factor could well tempt her back, but apparently Simon Cowell hasn't spoken to her about it. Pick Posh Simon! 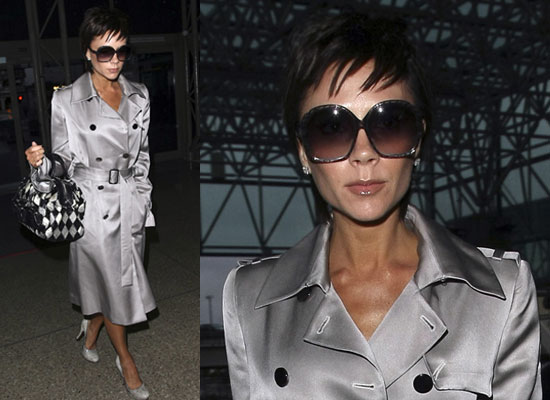