The A-list took time out from all those New York Fashion Week shows to attend the Armani Fifth Avenue store opening last night. Victoria Beckham must have been on a high after the successful unveiling of her second collection on Sunday, but she's still been thinking about David, saying: "I have many friends who live in Milan and David always tells me that his side is phenomenal. The quality of the team and [the] players have got him hooked". Fellow Brit abroad Peaches Geldof was with yet another male companion, while Giorgio Armani got his hands on most of the women and men in attendance! Leo DiCaprio, Chace Crawford, John Mayer and Josh Hartnett were amongst the gorgeous guys who walked the black carpet. 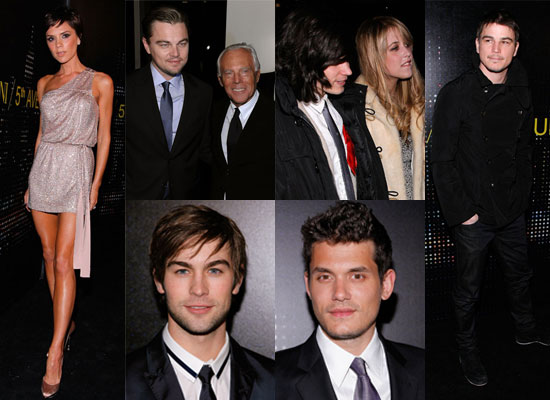