Victoria Beckham went for the natural look as she left a photo studio in London yesterday. She's back on home turf for work while David gets ready for Halloween in LA, and if rumours are to be believed she'll be returning to the UK for yet more TV judging, as she is reportedly in talks to judge one or two shows of the BBC's So You Think You Can Dance, although her rep denies it. Victoria's already made her judging debut on American Idol, and with talk that she's also going to appear on Gossip Girl, it looks like Posh is keen to stay on TV. 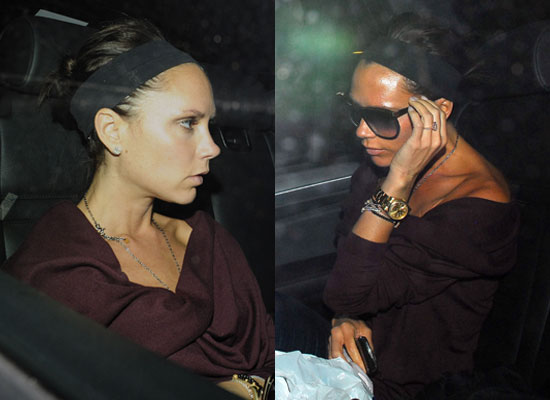 Image Source: Xposure Photos
So You Think You Can DanceCelebrityNatural LookVictoria Beckham