The boys from JLS were in Chicago, Illinois yesterday performing live for KISS FM in front of a small audience. They were in Milwaukee earlier this week — which was the first place to play their music in the US — and were interviewed about The X Factor, which has a US version set to launch under the watch of Simon Cowell. JB, Aston, Marvin and Oritse explained their beginnings on the Saturday night show, had their accents made fun of and reassured us that they're not afraid of hard work as they travel from place to place on their US radio tour. They're also working on their second album, which means we can look forward to some new music from the handsome gents soon. Check out the full interview under the jump! 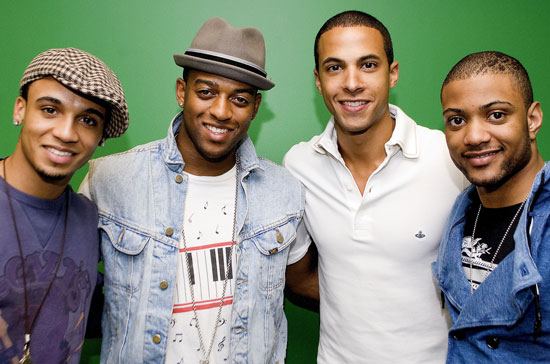 To watch the interview where they discuss all those things and others, just read more.