Johnny Depp is promoting his new movie Public Enemies at the moment and made an appearance on David Letterman's talkshow last night to talk about it. He started off by discussing his two children, saying they're out of their "tiny drunk" phase, and how he fears for the boys who are lining up to take out his daughter. As always, he comes across as a charming, likeable guy who admits to not seeing his own movies, saying once he's finished acting it's really "none of his business". Johnny says he "really doesn't like watching" himself, but he doesn't need to worry about that, there are plenty of people — including me — who are more than happy to watch him onscreen! Check out the interview after the jump! 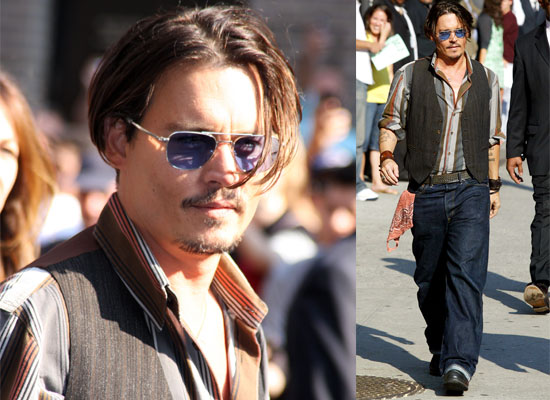 To see more photos of delicious Depp, as well as his interview, just read more.