New Doctor Who Matt Smith was out in Cannes yesterday, where he's currently promoting a short film called Together. But another new project was certainly on his mind as well — he talked to the BBC about how his life may change when he steps into predecessor David Tennant's shoes and the new Doctor Who series is aired in a few months time — check out the video under the cut! Meanwhile, David — who has a new role as American TV's Masterpiece host — was in London last night, leaving Claridge's at quite a pace. His haste is all the more noticable when compared with Matt's leisurely walk through Cannes, I suspect that by this time next year Matt will be attempting a hasty escape from photographers too! 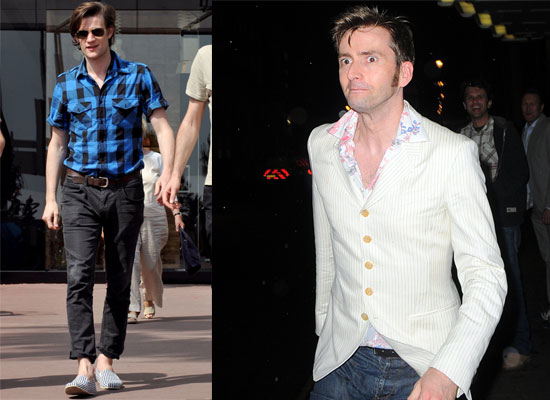 To see Matt speak about Doctor Who, and his music and cooking skills, just read more.