Robert Downey Jr appeared on David Letterman in the US last night, and showed off his casual look as he arrived at the studio with his wife Susan and then later left looking hot in his suit. Robert was in a lively mood as he spoke to David about movie promotion, which he calls "selling soap", being detained and interrogated in Japan recently thanks to his colourful past, his waxwork at Madame Tussauds, and a little about a stunt gone wrong when filming his new movie Sherlock Holmes too! I'm a big fan of Robert, he's a great actor and fascinating to watch — are you a fan? 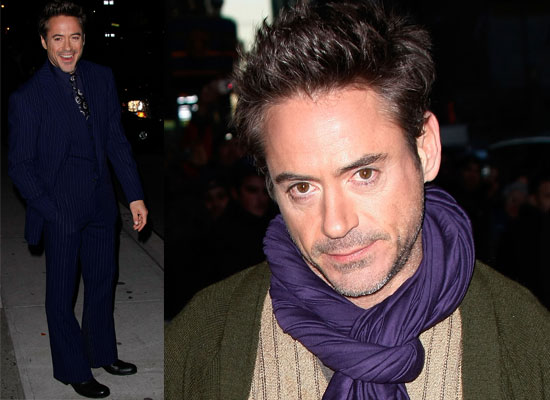 To see some of Robert's interview with Letterman, and more photos, just read more.