If you've had your eyes on the site over the past week, then you'll have seen the first two parts of my interview with Zac Efron, Claire Danes, Richard Linklater and Christian McKay from when they were in London to promote Me and Orson Welles. Last night, Zac appeared on David Letterman where he talked about a recent bungee jump that he did in Vancouver, Canada while filming there! Keep an eye out for more from my interview with Zac and the gang this week, but for now you can watch his interview with Letterman under the jump! 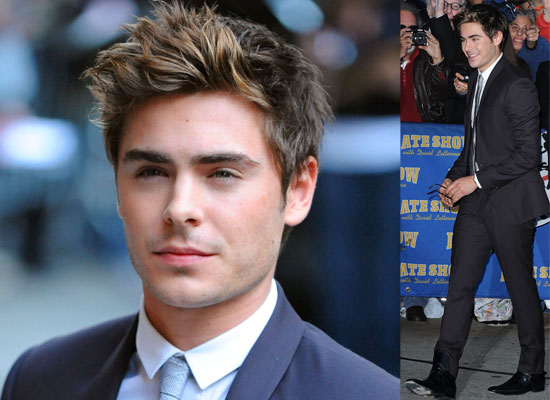 To see more photos of Zac, plus video of his interview, just read more.