New mum Coleen Rooney left baby Kai at home for a night out with Wayne at Beyonce's concert in Manchester yesterday. Coleen only left hospital after giving birth two weeks ago, so it's great to see she's ready to enjoy the odd evening out. She was joined by fellow WAG Alex Curran at the concert, who wore a big furry jacket and was accompanied by hubby Steven Gerrard and their daughters. Beyonce has been enjoying her stay in the UK, partying with Rihanna and those JLS boys during her time in London earlier in the week. She got carried away by the crowd quite literally during her performance at the O2 in London on Monday, when she jumped of the stage and went crowd surfing: check out video footage of her daring feat after the jump! It certainly impressed sister Solange, who tweeted her appreciation. 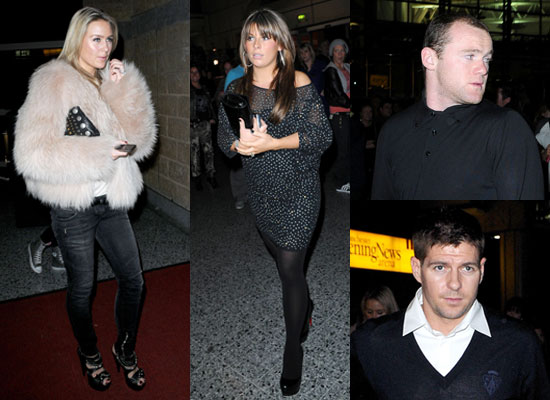