After her amazing BAFTAs success, Carey Mulligan is back with her boyfriend Shia LaBeouf in New York City. The couple were spotted exchanging kisses as they took a walk in the city, wrapped up warm in big coats and hats. Last weekend, Shia was left to his own devices while Carey was in the UK accepting her best actress award, but he certainly looks happy to have her back in his arms! You can catch the couple onscreen together when Wall Street: Money Never Sleeps is released in the UK in April. 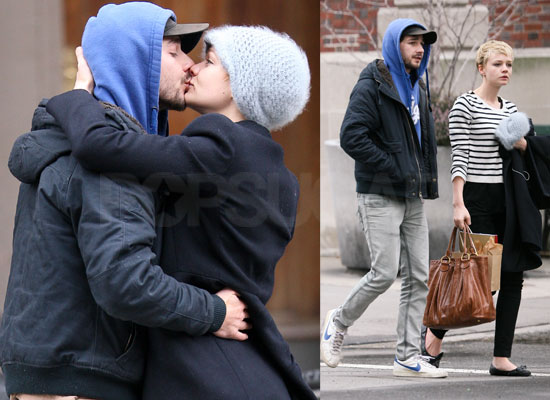