Shia LaBeouf and Carey Mulligan were spotted out in Sherman Oaks yesterday, grabbing a bite to eat and a 'build your own volcano' toy that Shia held close! The couple's Wall Street 2 director, Oliver Stone, confirmed their loved up status earlier this month, although it's clear to see from photos that they're happy together! Yesterday was a particularly good day for Brit actress Carey as she was awarded a Golden Globe nomination for Best Actress in a Motion Picture (Drama) thanks to her role in An Education. She said that, on hearing the news: 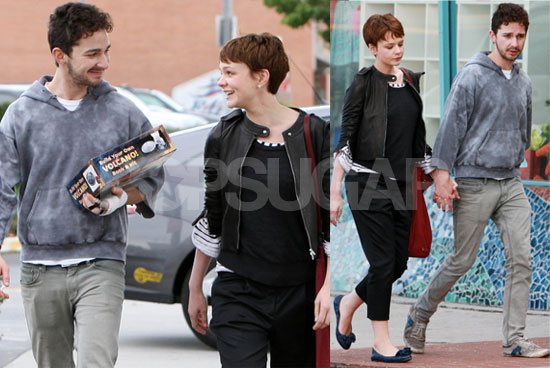 "I don't think I sounded as excited as I was. But I was so tired I found it hard to form words. I wanted to go outside and scream a bit, so I did."

With a successful career and a cute boyfriend, it looks like 2010's going to be a fantastic year for Carey. Check out their competition for hot new couple in my Best of 2009 slideshow!