Last night Los Angeles played host to the 2008 Primetime Emmy Awards ceremony, where all our favourite TV stars lined up on the red carpet in gorgeous gowns and smart suits. Mad Men star Christina Hendricks looked stunning in her dark green dress, and Weeds actress Mary-Louise Parker brightened up the red carpet in her bright blue number. There were a smattering of Brits among those on the red carpet including Ugly Betty star Ashley Jensen and her Extras costar Ricky Gervais. 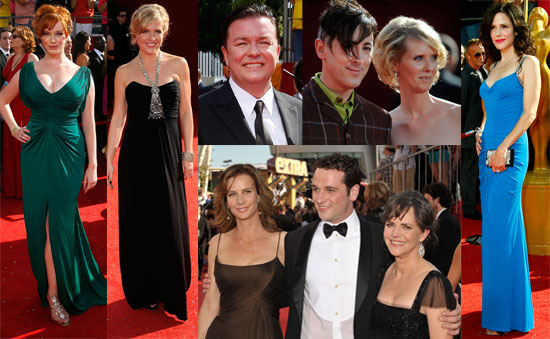 To see heaps of photos of all the stars on the red carpet, and a clip of Ricky Gervais giving some pointers about speeches, and trying to get his Emmy back from Steve Carell, just read more.