Zac Efron was looking smart in his suit and slicked back hair as he took to London's Leicester Square last night for the UK Premiere of 17 Again. He's been working his way around the world on a solo publicity tour, without costar Matthew Perry, but last night he had plenty of company from some UK celebs including Bonnie Wright, Roxanne Pallet, Matt Littler, Same Difference, Danielle Lloyd and his High School Musical 3 costar Jemma McKenzie-Brown. The film's out in the UK on 10 April — will you be going to see it? 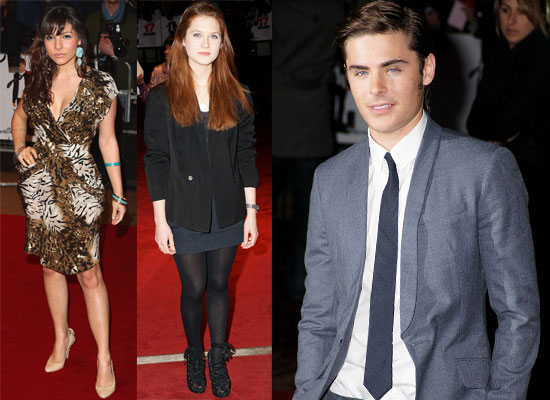