After dressing up for the French premiere of 17 Again, Zac Efron made his way to the airport in Paris this morning to travel to London. Meanwhile he's dropped out of a remake of Footloose, as part of his attempt to move away from musicals and teen movies and onto more serious roles. He's certainly looking more adult in the latest issue of Interview magazine — he stars in a photospread in which he's pictured rolling around in the dirt with a naked model! Has your opinion of Zac changed since he's started trying to shake off his Disney image? 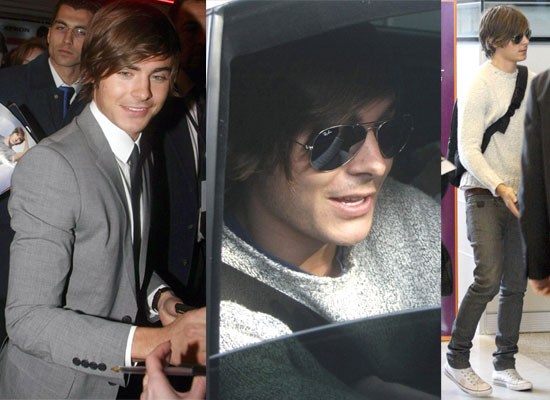