Zac Efron looked handsome and casual in his checked shirt, hoodie and jeans as he walked along the pier in Woolloomooloo in Sydney yesterday. He's currently in Australia to promote his new comedy movie 17 Again. Recently, Zac and his girlfriend Vanessa Hudgens posed as Princess Aurora and Prince Phillip from Sleeping Beauty for Disney — so fitting when up until now they've been Disney's newly crowned Prince and Princess, right? Now that there's a High School Musical 4 happening without them, I'm looking forward to seeing where their careers go next. 17 Again looks like a fun next step for Zac — will you go and see it when it comes out in the UK on April 10? 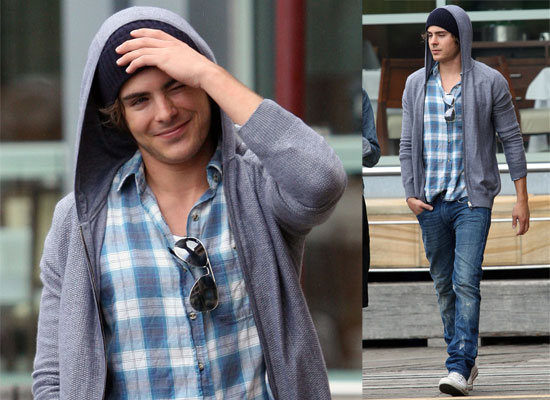