While Alexander McQueen's death at the end of last week cast a shadow over the shows, there was little time to pause as celebs flew to New York to see top designers showcase their latest looks for next season. The front row at Calvin Klein was the place to drool over hunky Chace Crawford, Jared Leto, Mehcad Brooks, Kellan Lutz and Ryan Phillippe... swoon! 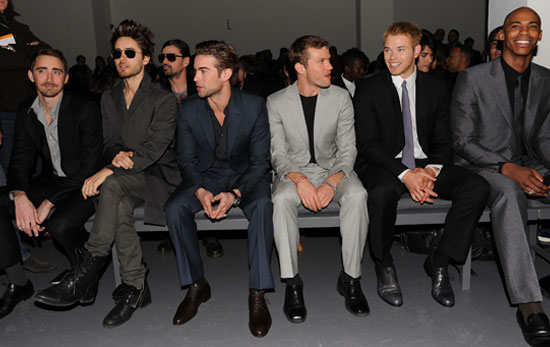 Little Boots, Pixie Geldof and Agyness Deyn — who took a tumble this weekend — were among the Brits seen around fashion week, Gossip Girl costars Kelly Rutherford, Matthew Settle, Connor Paolo and Jessica Szohr have all taken in shows, and Zoe Saldana, Sophia Bush, Kelly Osbourne, Solange Knowles were among the rest of the celebs seeing all the styles to covet for the Autumn/Winter season. Don't forget to check out FabUK's coverage of the shows! 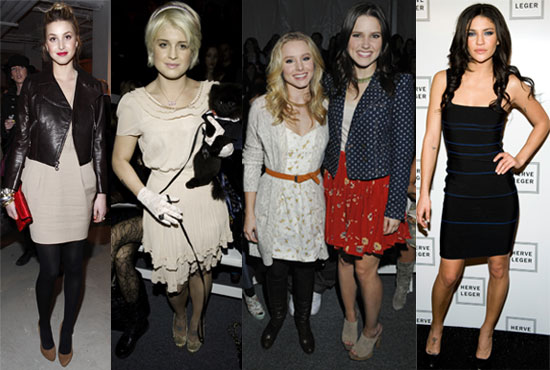 To see many more photos of all the celebs at the shows this weekend, just read more