We caught Kristen Stewart promoting The Runaways at Sundance Film Festival yesterday, but she's certainly not the only star in the snow at the moment. Dawson's Creek alumni Katie Holmes and Michelle Williams are both promoting separate movies, Michelle's film is called Blue Valentine and she stars alongside Ryan Gosling. James Franco and Joseph Gordon-Levitt were also both still in Park City, Utah for the festival, and appearances were made by Jessica Alba, Tilda Swinton, Juliette Lewis, Ben Affleck, Orlando Bloom, Ryan Reynolds, Bradley Cooper and many more. Don't forget to keep an eye on my girl Buzz's reports from the festival too! 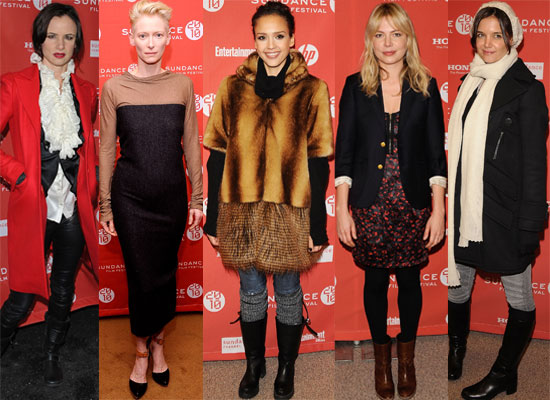