Damon Albarn — of Blur, Gorillaz and The Good The Bad and The Queen — has spoken to Paste magazine this month about his world travels and the musical inspiration he's gleaned on his journeys. Here's a few excerpts from his interview: 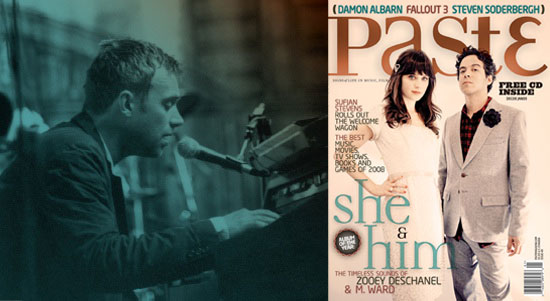 The new issue of Paste magazine — featuring Zooey Deschanel and M. Ward on the cover — is out now, and you can read the rest of Damon's interview in there!