Graham Norton hosted the 2009 International Emmy Awards at the New York Hilton Hotel last night, where Brits won five awards! Ben Whishaw and Julie Walters both won acting awards, but neither attended. However there were some fab British guests in the shape of Gossip Girl's Ed Westwick — who looked handsome as ever, and Matthew Rhys, who was also looking dashing in his suit. Alexa Chung shrugged off her leopard print coat to pose in her one shouldered dress for the photographers, still in the city to host her daily MTV show! 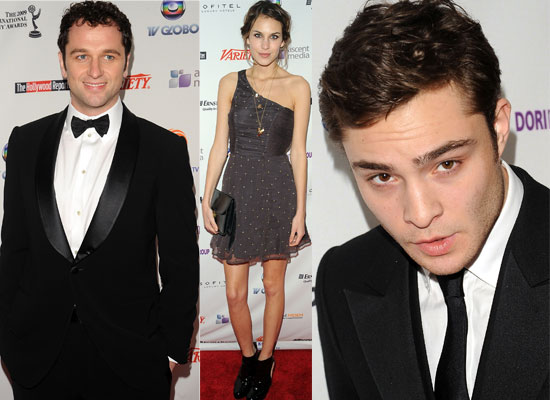