Ant and Dec were all smiles outside the Britain's Got Talent auditions in Manchester yesterday, and they had good reason to be so happy after their double win at the National Television Awards on Wednesday night! Judge Amanda Holden was also pictured outside, arriving in front of the crowd of auditionees waiting for their chance to maybe have some of the success that Susan Boyle and Diversity are enjoying! She looked just as glam as she had in her white dress at the NTAs, no mean feat after traveling from London after a late night! 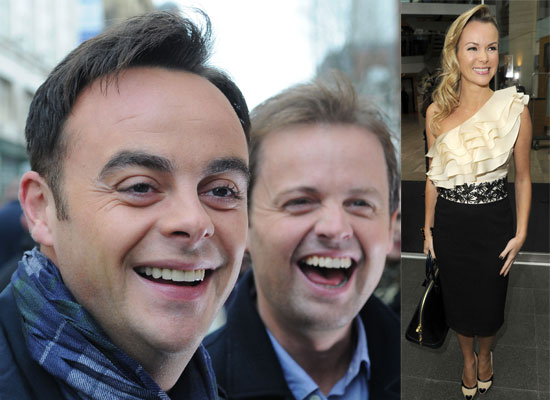