Kylie Minogue attended the Dior couture show at Paris Fashion week yesterday, sitting in her grey dress alongside Paz Vega, Maggie Cheung and a black-clad Dita von Teese in the front row. Anne Hathaway looked stunning in her white dress at the Giorgio Armani Prive show, while John Galliano chatted to Kylie and Dita after the Dior show. Kylie's one of the generous celebs joining Robbie Williams and Take That on the bill for Simon Cowell's charity single in aid of Haiti. It's also been revealed that Kylie's mother emigrated to Australia from Wales when she was 12 years old. Her family emigrated as part of the assisted passage scheme, which tempted Brits down under with £10 fares in order to encourage skilled workers to travel there. 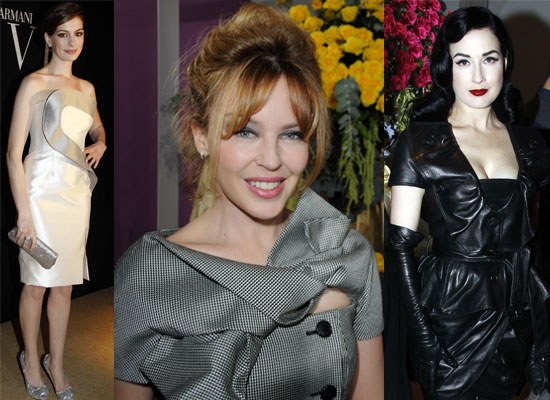