Alicia Keys launched her new album Elements of Freedom in London last night, and there were celebs galore on the guestlist! Those gorgeous JLS boys were all there, as were Mollie King, Frankie Sandford and Rochelle Wiseman of The Saturdays, toting some gorgeous bags. Lemar, Chipmunk and Dizzee Rascal also attended, as did Paloma Faith who drew a lot of attention in her bright orange outfit! Alicia performed some songs for the assembled crowd, which also included ex Mis-teeq bandmates Sabrina Washington and Alesha Dixon! 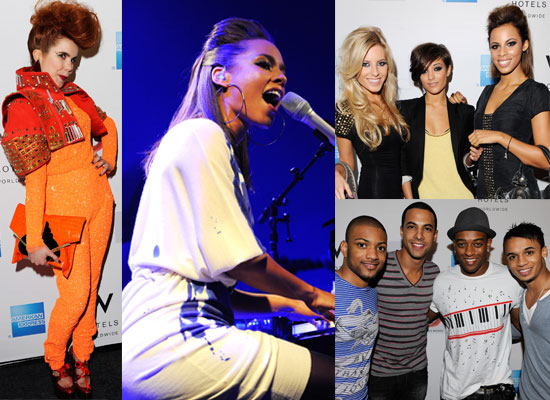