Iron Man 2 premiered last night in Hollywood, with its stars Robert Downey Jr, Scarlett Johansson and Gwyneth Paltrow smiling their way down the red carpet. The original world premiere was set to be in London but was sadly cancelled after the volcanic ash caused uncertainty over air travel for the US stars. Both Robert and Gwyneth appeared on Jonathan Ross's television show last Friday via videolink as they couldn't get flights to the UK — check out Robert's interview under the cut — and a screening was held last night in London for VIPs, that Alex Reid attended, among other guests. At the Hollywood premiere other celebs included Sylvester Stallone, Sam Rockwell, Mickey Rourke and Samuel L Jackson. 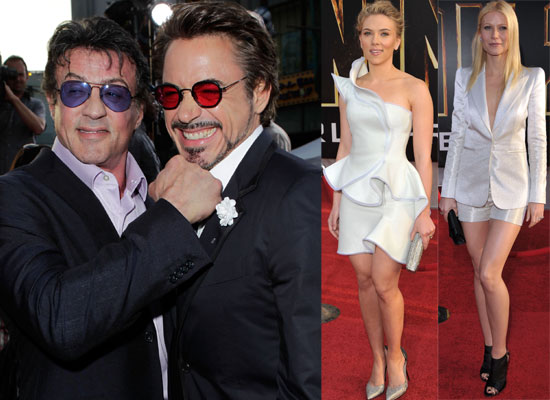