The Hollywood premiere of Kick-Ass took place last night, with all the stars of the movie present. Aaron Johnson and his pregnant fiancee Sam Taylor Wood posed together as the sun set, while Chloe Moretz, Clark Duke, Christopher Mintz-Plasse and Lyndsy Fonseca reunited on the red carpet. Nicolas Cage chatted to Aaron and Chloe, while screenwriter Jane Goldman brought some bright colour to the carpet with her amazing hair. Unlike the London premiere, there was no Brad Pitt, but some British support came in the form of Stephen Fry, who looked very happy to be there, while Jaime King and Nicky Hilton also checked out the movie. It's out this weekend in the US — I wonder if it will do as well there as it did in the UK. 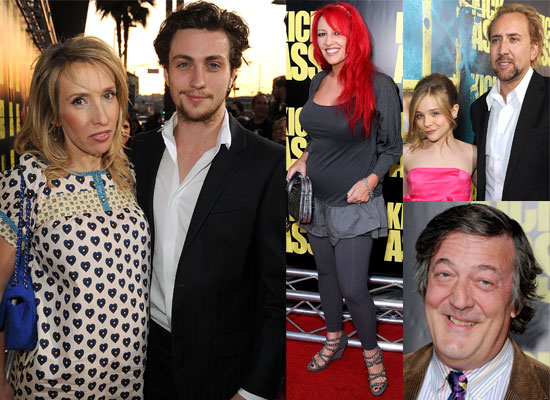