Nowhere Boy was screened last night for celebs and VIPS ahead of its release at Christmas! David Walliams, Sophie Ellis-Bextor and her mum Janet Ellis, Jefferson Hack, Tracey Emin, Sarah Brown and Neil Tennant were among the recognisable faces posing on the red carpet before watching the movie. The star of the John Lennon biopic, Aaron Johnson, announced that he is engaged to his director Sam Taylor-Wood a few weeks age and Sam spoke about their relationship and 23 year age gap last night, saying their family and friends have been "really supportive" and that they "know how intensely we feel". Aaron said he realised he was "a very lucky man" to have found this breakout film role and an engagement with this project! 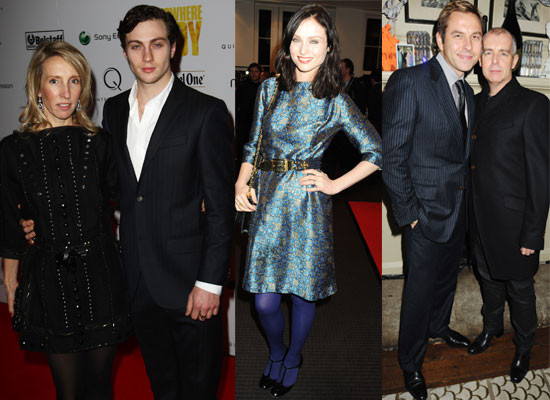