Kasabian and Muse both won two gongs at last night's NME Awards, with Matt Bellamy taking the hottest man award as well as his bands awards for best british band and best website. JLS weren't so lucky, and weren't there to pick up their worst band award, and NME readers' opinions were split on Lady GaGa as she won both the best and worst dressed awards. Tell FabUK who you think was the best dressed of the ladies at the ceremony last night! 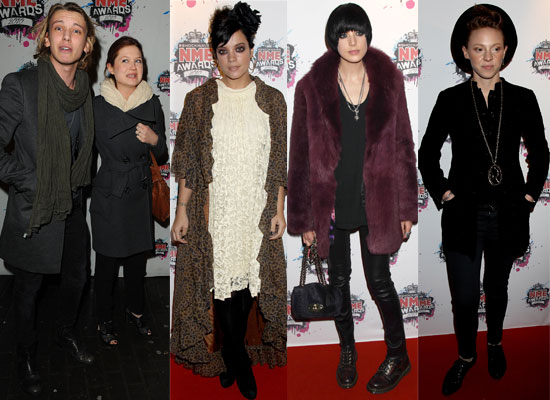 The Mighty Boosh were there to pick up their best dvd award, and La Roux took home the best dancefloor filler award. Agyness Deyn showed up with her buddy Henry Holland, Kaya Scodelario attended with her man Elliott Tittensor, while Jamie Campbell Bower and Bonnie Wright chatted to photographers on their way down the red carpet. Slash, Fearne Cotton, Courtney Love, The Specials, Lily Allen and Paul Weller were also among the guests!

To see more photos as well as the full list of winners, just read more.

Outstanding Contribution To Music
The Specials

Hero Of The Year
Rage Against The Machine

Villain Of The Year
Kanye West