The European premiere of Kick Ass took place last night in London's Leicester Square, with stars Aaron Johnson, Christopher Mintz-Plasse and Chloe Moretz walking the red carpet alongside director Matthew Vaughn and an exciting appearance from producer Brad Pitt! The superhero movie — scribed by Jonathan Ross's wife Jane Goldman — has been generating a lot of buzz after screenings at SxSW and the majority of you said you'd see it when it's released this Friday. The premiere and afterparty was full of stars, with guests ready to party it up with Brad including Aaron's fiancee Sam Taylor-Wood, Matthew's wife Claudia Schiffer — FabUK wants to know if you love her look, Gary Barlow, Dizzee Rascal, Jamie Oliver, Gabriella Cilmi, Claudia Winkleman, Mika and more! 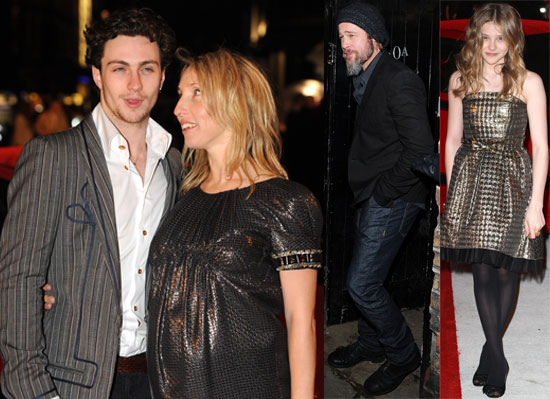 To see lots more photos of the Kick-Ass premiere and after party, just read more.