The Hurt Locker took six awards at the BAFTAs tonight, while Colin Firth, Carey Mulligan, Mo'Nique and Christolph Waltz took the big four acting trophies. Kristen Stewart took home the Orange Rising Star Award, as voted for by the public, while Fish Tank won outstanding British film. Check out all the winners below! 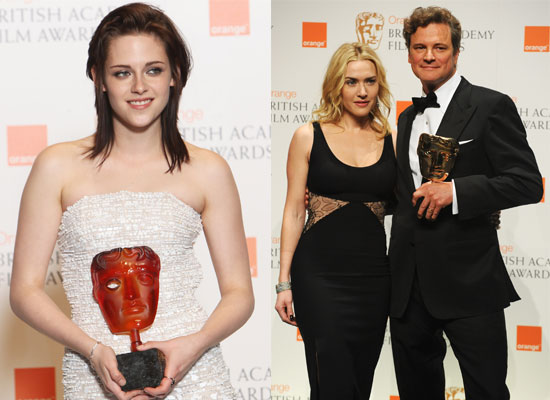 To see the full list of BAFTA winners and many more photos backstage from the press room, just read more.

Adapted Screenplay
Jason Reitman, Sheldon Turner (Up In The Air)

Film Not In The English Language
A Prophet

Make Up & Hair
The Young Victoria

Short Animation
Mother Of Many

Short Film
I Do Air