Last night Kristen Stewart continued her time on the east coast with the New York premiere of The Runaways. Earlier this week she showed off her figure in a tiny dress on Jimmy Kimmel's show, and last night she wore another gorgeous glittery short dress to celebrate the movie with costar Dakota Fanning and the women they play, Joan Jett and Cherie Currie! The guests were just as cool as the cast as Julianne Moore, Leigh Lezark, Chloe Sevigny and Debbie Harry checked out the film last night, along with my girl PopUS who tweeted some exclusive pics of Kristen! 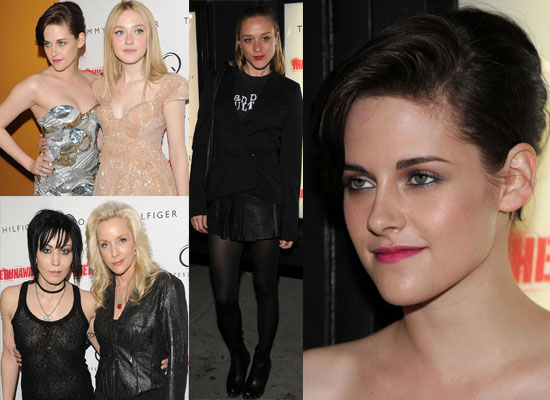