The stars were out in London last night to celebrate Gary and Dawn Barlow's ten year wedding anniversary. His Take That bandmates Mark Owen and Howard Donald were spotted at the hotel earlier in the day, and later a lineup of celebs Gary counts as pals showed up to help them all celebrate — including some he climbed Mt Kilimanjaro with last year. Cheryl Cole and her Girls Aloud bandmate Kimberley Walsh showed up with their men Ashley Cole and Justin Scott. Fearne Cotton, Lulu, Denise Van Outen and Alesha Dixon also showed up in some glam outfits, while Andi Peters, Chris Moyles, Ben Shepherd, Ronan Keating and Dancing on Ice's Mikey Graham also attended the do at the Mandarin Oriental. 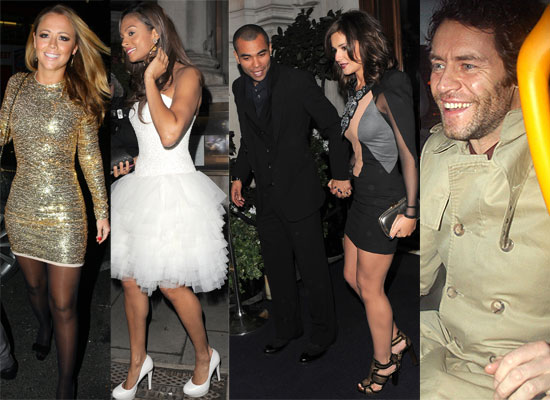 To see more photos of the guests at Gary and Dawn's anniversary party, just read more.